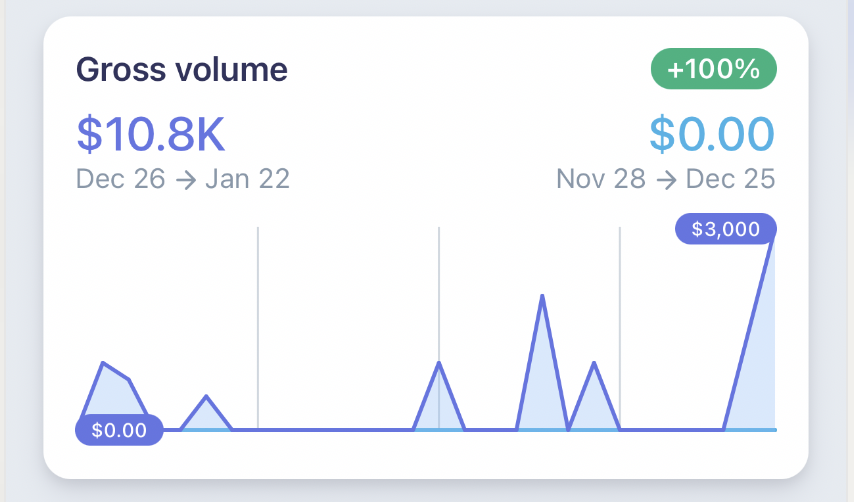 Here’s how cold email studio went from idea to 10k a month in 3.5 months and (hopefully) how you can do it too. 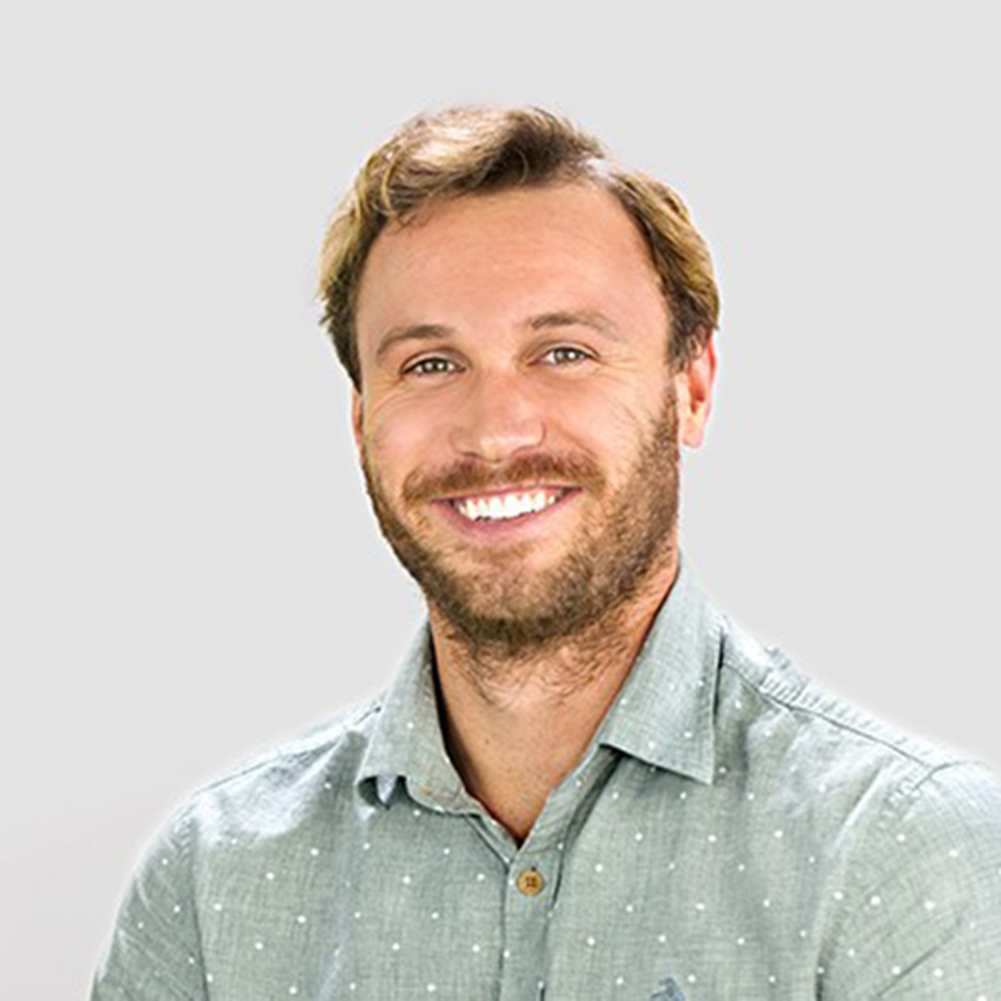 Here’s how cold email studio went from idea to 10k a month in 3.5 months and (hopefully) how you can do it too.

Like many of you searching for a business to start, the idea of going from idea to practically a full time income in a few months sounds like a giant load of crap. The kind of thing that “happens to other people”. I don’t want to be so flippant as to say it “happened” to me but throughout this story you should get the sense that much of the outcome feels random. It does to me. I’ve tried to start many businesses and approached them all in essentially the same way as I did this one. That is to say, this outcome is different despite taking the exact same steps in other businesses that failed.

It’s worth it to mention any unfair advantages. I’ve read a lot of posts like these and it’s sometimes the case a founder had an unfair advantage to begin with, and since I do not, I felt as if the article no longer applied. Don’t get me wrong, if you have an unfair advantage, use it! I’m just saying I don’t feel like I did. If I have any, here they are:

As a software developer mostly working in machine learning the past 5 years, I never thought I’d start a business that involved zero software. It was outside of my wheelhouse. Hell, last year, I couldn’t even sell my own car let alone sell a new service. It wasn’t until a month into Cold Email Studio (CES) I remembered the very first “tech” business I ever started was a kind of productized service. I’ve now opened up to the idea of other ways to make money besides pure SaaS, and it feels like a brave new world to me.

If I’m honest with myself, before this company, I had never really experienced product market fit. It felt nebulous, hard to define. I read dozens of articles on it and could never quite grasp it. It shouldn’t feel nebulous. You’ll know when you have it. There won’t be any doubt. I send 100 emails to the right audience, I’ll get 10 meetings and close 6 or 7 of them. Those numbers are holding strong, even as we’ve doubled our price. That’s product market fit.

I hope there’s no click-baity bullshit in here. I’ll try not to teach either. I’m just here to show exactly what I did in as much detail as possible.

I have nothing but love for Indie Hackers, but there’s a ton of mystique and bad advice about picking ideas. This may be unhelpful, but it’s honest: I got lucky with this one. I’m surprised more people don’t admit that. There was absolutely nothing special about this idea. I had just finished writing and self publishing a sci fi book and was doing a 30 day marketing effort around the book (which failed miserably) and needed a new project. As usual, I looked at my never ending list of business ideas in Notion and picked one I fancied at the moment. I have implemented a two-week holding period between when I come up with an idea and when I allow myself to start working on an idea. If I still like it after two weeks, then I’m allowed to start working on it.

This particular one stood out because I didn’t have to build anything. I was feeling pretty burned out on software at the time and couldn’t stomach working on something for weeks only to see it fail in the market. In other words, I chose it because it looked like the least amount of work (upfront). This is not a great way to pick a business. It was, however, a problem I knew existed. Many startups execute cold email campaigns. This is a fact. I’d done it myself. I’d seen it done a hundred times at other companies.

Here’s a pic of the landing page (ignore the logos, those came later) of what it was like all throughout our growth from 0 to 10k.

Notice the tacky self quote… it’s somewhat compelling, but still. I didn’t have anyone to quote and so quoted why i thought the service should exist.

I didn’t spend much time on the copy. It’s in a voice I’m comfortable with… talking to other founders about a specific problem I know we all have. It’s very informal, and perhaps even a little funny.

Let me point out something in hindsight. The copy I originally wrote got a ton of positive feedback and led to all the initial sales. I got something right here. It was the right message directed at the right audience. It’s important to note how right this was, and how accidental it was. Anyone who read the original copy had zero doubts about what the service did, how we did it, and how much it cost. If you don’t have the right message and audience combination, it will feel like “nothing is working”. You might be off by inches and experience a “failure” without knowing the cause. Was it the market? Was it the message? Was it the timing? All three must go right for a sale to occur.‍

‍Now that I had a “product”... again, just a landing page. I needed to figure out who to target. There was a recent list of YC companies (check out https://ycdb.com) that had just come out and so I thought, hey, they’re a good market for this, why don’t I try them first. I easily grabbed 100 or so founders and just individually messaged them with a very straight forward email.

‍
Today, we still use this subject line for our cold outbound efforts, and it crushes. “Cold Email As A Service.” Nobody has questions about what we do after I say that. Indeed, the same is true when I’m on sales calls. After I’ve given my little “speech” (still haven’t done a proper deck), the nearly unanimous feedback  I get is “Everything you said is exactly what I expected.” I’m not a sales expert (yet!) and don’t play one on TV but this might be some kind of axiom. In our case, no surprises is a good thing. People are busy, they want a yes/no quickly. Will this help me? yes/no. Our customers are almost always doing this work themselves before handing it off to us. There is no question about the value.

I sent out 10 of these and in the first 30 minutes, I had 2 meetings booked. Yes it was for a free offer, but at least I could get people interested via cold email. In two weeks I had a full roster of people I was performing the service for (for free). That was it. I knew I had something within two weeks. It had the right message to the right audience at the right time. Most of which was luck.

Execution on a service business kind of sucks when you’re a one man show. We check email accounts twice daily, hunt leads, draft new copy, keep track of responses, etc. Much of this is done manually, and at the beginning, all of it was done by me. I quickly maxed out at 7 free customers and realized quickly I needed to bring on someone to help. I messaged an old employee at one of my previous companies and got her to help out for $20 an hour. This worked for about two weeks until she said she was going on vacation and to this day I haven’t heard from her. I hope she’s okay!

It was at this point I decided that I needed a co-founder. I had also (concurrently) been putting together a group to buy SaaS companies (https://xoxo.capital, we’ve bought 3 so far!). One gentleman in the group was currently the CEO of a dev shop in the UK and after several weeks of chatting, I asked if he would join me. The timing (again, luck) worked out well in that he was already contemplating a move. He started in February and has been helping crush it ever since.

We’re still in the throes of figuring out how to put people and systems in place to grow. It’s going to take a while. We’re at ~$13k trailing 4 weeks right now, and getting to $20 won’t be difficult on the sales side, it will be difficult on executing the service at a high quality. We do have product market fit though. Generally, the people who get on a sales call with us end up saying yes, and even those that don’t close will likely take a look at us in the future. Again, timing is usually the biggest reason people don’t immediately start with us.

So what went right? I had the right message to the right market at the right time. This is what we pitch every day to new customers for the service, and it’s true. Even getting 2 of the 3 right can prevent a business from working at all. Generally, getting all three right doesn’t happen… ever (for me). The most likely outcome of starting a new business is that it fails.

I said I wouldn’t try to teach, and I won’t, but I have some personal takeaways from this journey so far (and it’s really just the beginning).

Thanks for reading, and best of luck to you!

Someone copied our branding, our content and basically our business… should we be annoyed or flattered?

Someone has copied our website, our branding, our content and basically our business. This is the third time this has happened to me. Here are my thoughts on it. 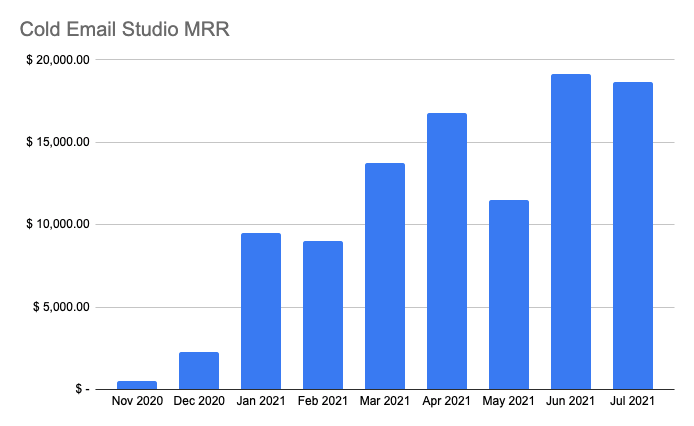 Bootstrapping Cold Email Studio to $240k ARR in 200 days. Insights for other bootstrappers.

We’re 7 months into building our productized service, Cold Email Studio, which is a service that builds and manages B2B outbound sales campaigns mainly for YC and other venture backed startups. Here's our story so far.

Today we chat to Tyler Gillespie on his journey of building and selling businesses, to now advising other entrepreneurs to do the same. Tyler is the co-founder of Content Pros (acquired), Applause Lab (acquired) and more recently Productized.Services.